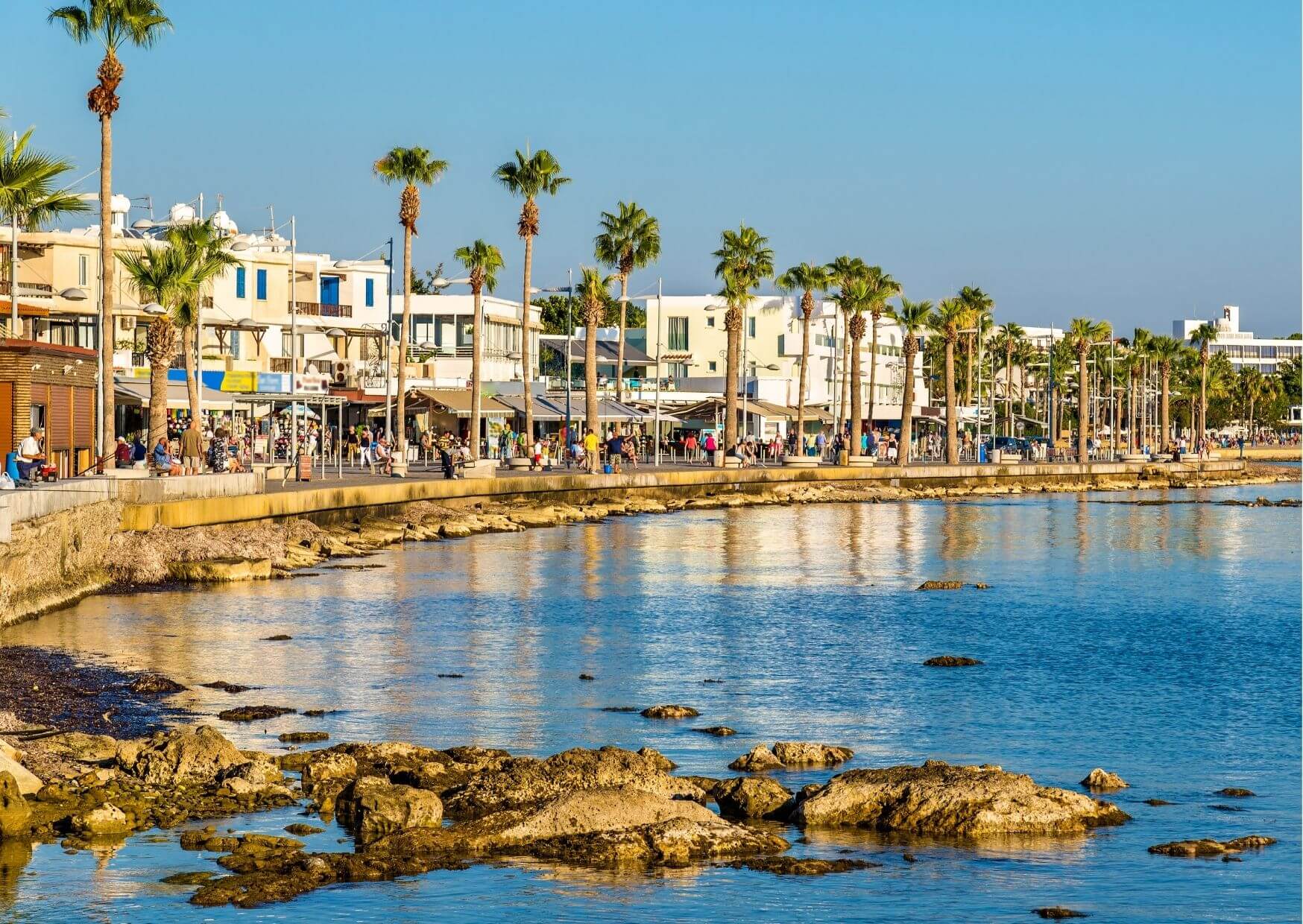 Situated across a coastal cliff with tumbling views of the countryside and Mediterranean below, it’s a magical place. The most famous places to visit are the theater and the House of Eustolios 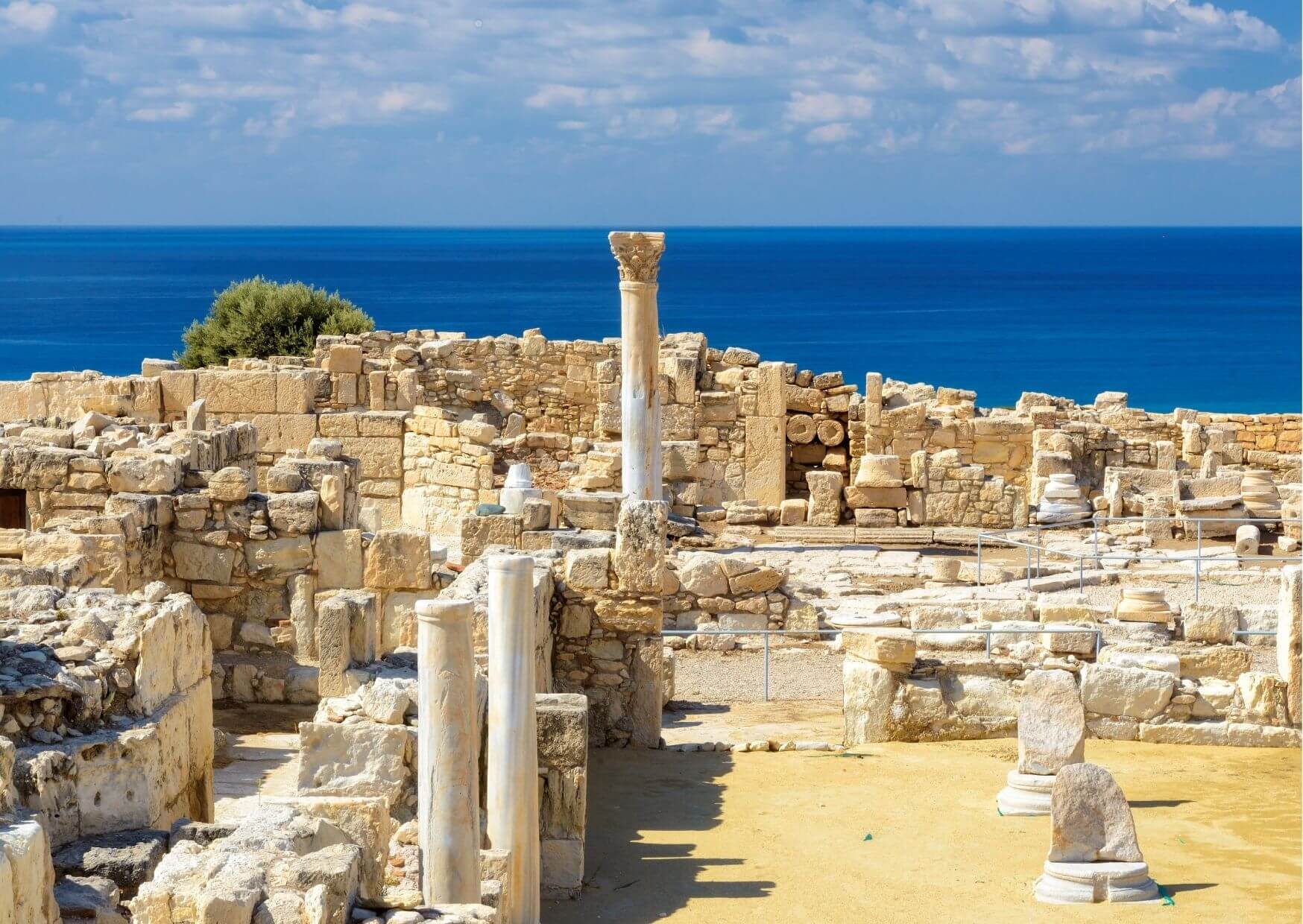 A pretty coastal national park with a variety of walking trails that start just east of the resort of Agia Napa. 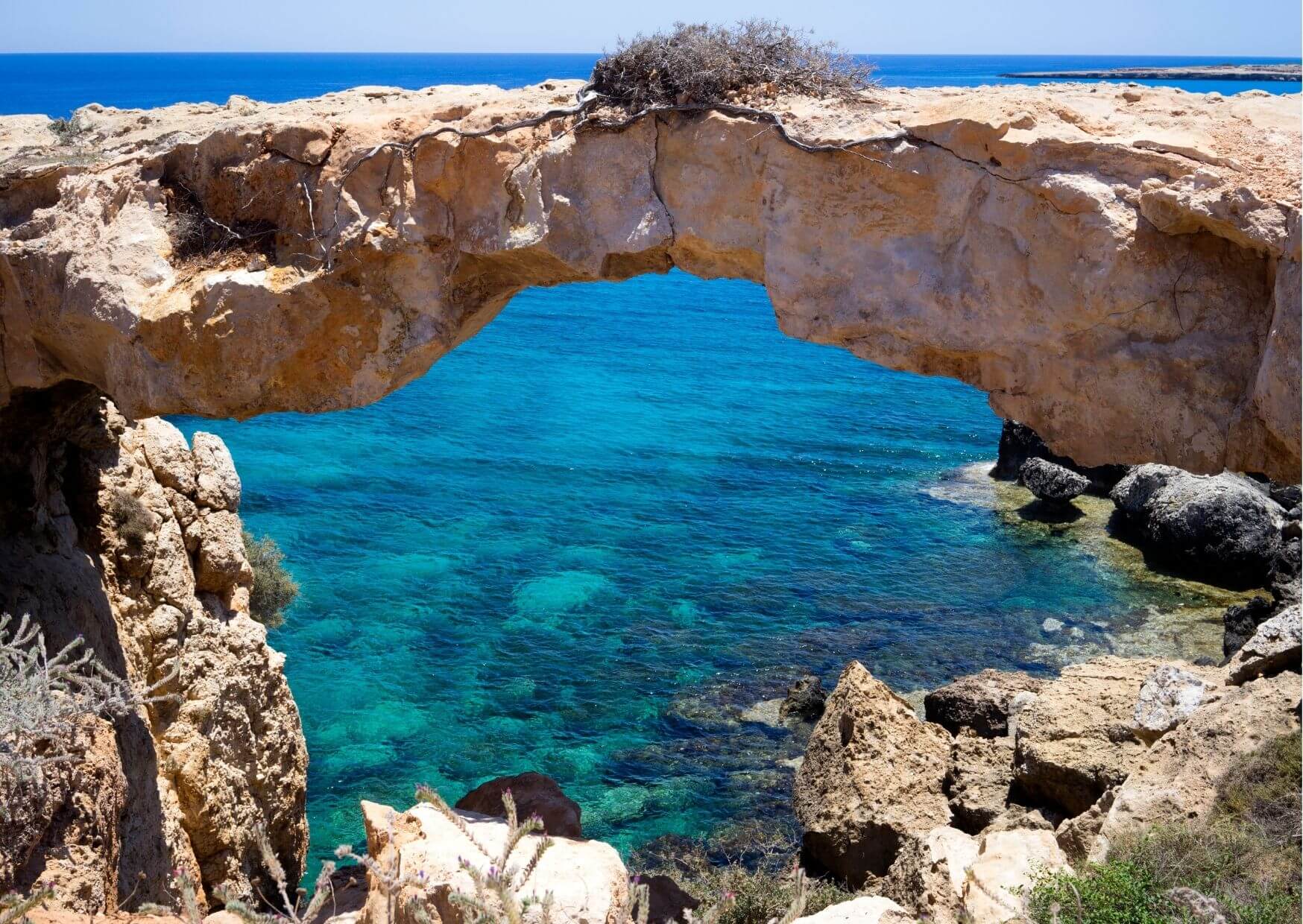 It is Cyprus’ most famous strip of sand. The water is very shallow at the shoreline and very calm within the bay. 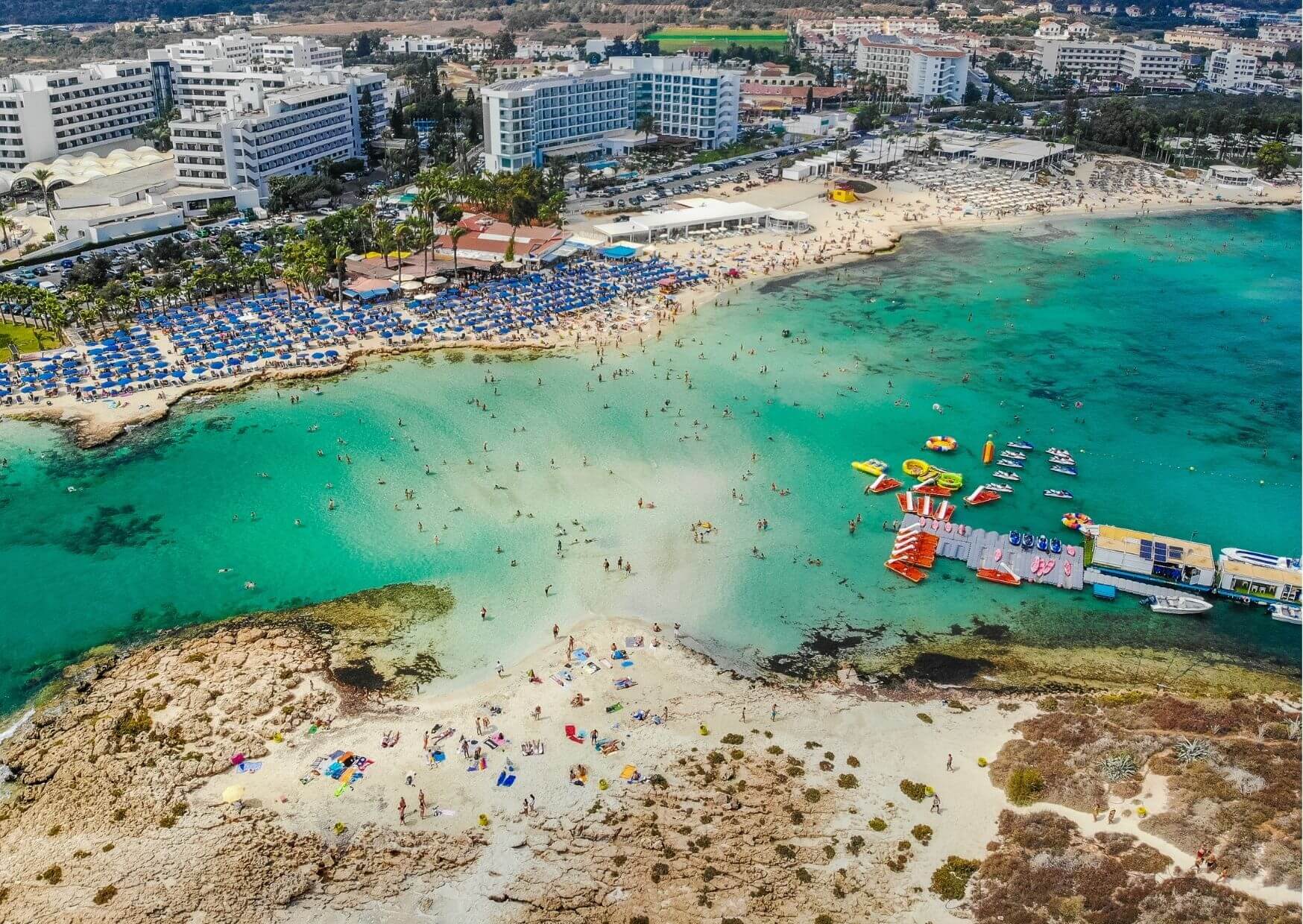 Located in Easter Cyprus, it is where you can find the deepest harbor on the island. Two of the most iconic landmarks that still remain in Famagusta include the Lala Mustafa Pasha Mosque and the St. Barnabas Monastery

the coastal town of Paphos is commonly referred to as the birthplace of Aphrodite. Ruins and archeology are the main attractions in this town. don’t miss the Roman ruins called the House of Dionysus and the House of Theseus, the 16th century Paphos Fort built by the Turkish.